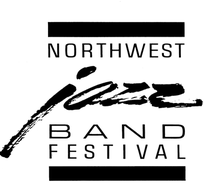 One of the country's foremost woodwind artists, Chris Vadala is in demand as a jazz/classical performer and educator.  He has appeared on more than 100 recordings to date, as well as innumerable jingle sessions, film and TV scores, performing on all the saxophones, flutes, and clarinets.  A native of Poughkeepsie, N.Y., he graduated from the Eastman School of Music, earning the honor of the Performer's Certificate in saxophone as well as a B.M. in Music Education, received an M.A. in clarinet from Connecticut College, and pursued postgraduate study in woodwinds at Eastman.

Professor Vadala, Director of Jazz Studies and Saxophone Professor, is a UM Distinguished Scholar-Teacher at the University of Maryland.  Previous academic appointments include teaching studio woodwinds and conducting jazz ensembles at Connecticut College, Montgomery College, Hampton University, Prince George's Community College and Mount Vernon College, as well as serving as Visiting Professor of Saxophone at the Eastman School of Music, 1995 and 2001.

As one of the Selmer Company's most requested Artist in Residence clinicians, Mr. Vadala travels worldwide, performing with and conducting student and professional jazz ensembles, symphonic bands, and orchestras.  He has appeared with countless musical ensembles across the nation and Canada, and has conducted one All-Eastern and 49 All-State jazz ensembles as well as numerous All-County and All-District Jazz Ensembles.  Mr. Vadala served three terms as President of the Maryland Unit of the International Association for Jazz Education, was a permanent member of its MD Executive Board (College Faculty Representative), and a Woodwind Representative to the International Resource Team.

Mr. Vadala's column on woodwind doubling appeared regularly in the Saxophone Journal for over 10 years, and he has authored articles for many other magazines.  A Downbeat magazine poll finalist in four categories and the recipient of a National Endowment for the Arts Jazz Study grant, he has published a number of original compositions and arrangements (Medici Music & Cimarron Music Press).  His book, Improve Your Doubling (Dorn Productions) is acclaimed as a valuable addition to woodwind literature. In addition to his debut solo CD, Out of the Shadows, (Art of Life Records), his new quartet CD, Eastern Standard Time (Art of Life Records), is already receiving rave reviews!  Additional recording/publications include Jazz/Rock in the USA, Jazz Solos, Nothin' But Jazz, Jazz Adventures, Modern Jazz-Rock and R & B, and Fusion Solos (6 books with play-a-long CDs by DeHaske/Curnow), as well as a contributions to Warner Brother's Approaching the Standards play-a-long improvisation series and Jazz Pedagogy  (The Jazz Educator's Handbook and Resource Guide).  He also has the honor of being included in the recent publication, "The History of the Top 40 Sax Solos (1955-1998)." You can hear him on such TV and movie soundtracks as “Criminal Minds,” “Zombieland,” “Avalon,” ”Anchorman 2,” “Intolerable Cruelty,” “Let’s Go to Prison,” “Fargo,” “Cannonball Run,” “The Children of Sanchez,”” Chevrolet Colorado Truck commercial, among others.